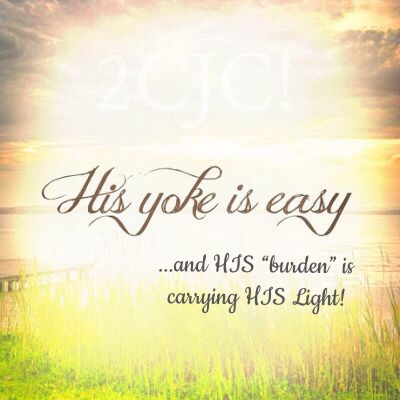 Luke 9:23 “Then HE said to them all: “Whoever wants to be MY disciple must deny themselves and take up their cross daily and follow ME.”

HIS Loving Burden, Our Purposed Cross!

Within trembling hands ever filled with Regret bows the heart being emptied, confessing. Then HIS touch, ever gracious, replaces such fears with unlimited love and great blessing.

But we may not see nor believe it, as such, because these eyes of ours are found finite. Bound to the ground which we walk and fall down on, so blinded our steps since our Hope was just Sight!

Still you know those, HIS words, which HE wrote to be heard and yet chose, as all flesh, our own way. But thanks be to CHRIST WHOSE blood bought us new life! Yea, WHOSE sacrifice cleansed every stain!

Though we know this as well, being rescued from Hell; yet we stumble around, still forgetting “the Cost”. Thus ‘twas Life giv’n by HIM into WHOM — born again — were our souls as HIS kin! Therefore!
Take up your cross!

As HIServant, HIS kin and your steward,

Devotional: Matthew 16:24 “Then JESUS said to HIS disciples, “If anyone wants to follow after ME, let him deny himself, take up his cross, and follow ME.”

Like the Prodigal son story, we ARE HIS kin! We ARE sons and daughters…eternally! So it is a path of our lesser sacrifice, devotion and love in response to HIS own.

It is a singular reminder that as HIS kin, whom HE drew to HIMSELF, our expected response is to first deny our self agenda, to carry our own cross gladly given all HE has done for us and to example HIS RESPONSE as we walk in HIS footprints.

28 “Come to ME, all you who are weary and burdened, and I will give you rest.

29 Take MY yoke upon you and learn from ME, for I AM gentle and humble in heart, and you will find rest for your souls.

30 For MY yoke is easy and MY burden is light.”

Hallelujah! The “burden” of following HIM as HIS supernatural blood relative and by taking up our cross daily IS LIGHT! HIS Light to our eyes and our souls to follow HIM!